Photographer, master colourist, mountaineer, flautist, editor and book maker, Sanjeev Saith has quietly slipped in a surprise this new year with his book- A Negative Year. 40 images placed quietly one after the other bound together as a notebook that one might find at his home.

A simple man who’s made a beautiful simple book about a year in his life. 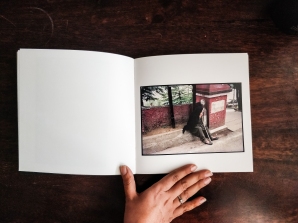 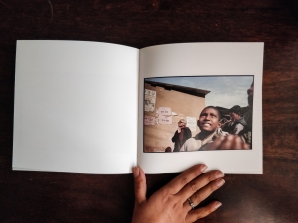 Sanjeev Saith was born in New Delhi in 1958 and has lived in the same house as his parents ever since. He studied at St. Columba’s High School, St. Stephens College and Delhi School of Economics and then climbed in the Himalayas for several years, making a living by selling his photographs of the mountains. In the last twenty-five years, his photographs have been published, exhibited and collected by several international galleries and museums including the Art Heritage Gallery, New Delhi, National Gallery of Modern Art, New Delhi, Museum of Modern Art, New York and the Photographers’ Gallery, London. He has also been an editor of the Nazar Monograph Series which has published : Home. Sweet. Home. , When Abba Was Ill,  Kanu’s Gandhi and End of Time .

Face North Pictures is an independent entity based in Delhi NCR, specifically for publishing photo books. They can be contacted at facenorth@gmail.com